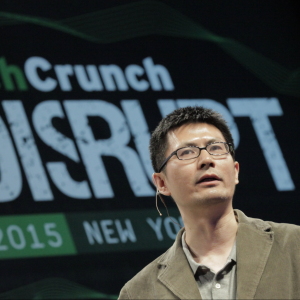 For quite some time, professionals have been on the hunt for the best CAD drawing app for engineers that isn’t AutoCAD—and engineers aren’t alone. This also applies to many other professionals, including those on the construction side. Why the need for an alternative? The answer makes more sense than one might think.

AutoCAD is an extremely powerful CAD program, and it has the largest presence in the CAD software market. They’ve just about become the go-to program for engineers and many other professionals. In fact, AutoCAD is used widely in colleges that train engineering majors in computer-aided design.

Read on to learn why people are looking for the best CAD drawing app for engineers that isn’t AutoCAD, and what the best alternative solution is.

Why the Need for an Alternative to AutoCAD for Engineers?

As the engineering (and construction) industry is increasingly forced to evolve to accommodate expectations set by technological advances, it is no longer “enough” to settle for technology that doesn’t quite keep up.

In other words, clients are expecting faster turnarounds on drawings, estimates, and solutions to unexpected problems encountered on the job. Our mentality in the business world—and the world in general—has evolved to expect speed, efficiency, and smart problem-solving regardless of the industry. The pressure is on to remain competitive.

Continuing with that theme of tech, speed, and efficiency, there has been a lack of attention to the need for properly bridging the gap between your desk and the field.

We’re referring to mobile technology that includes the necessary features you need to get the job done right.

While CAD companies such as AutoCAD have developed mobile solutions to address this need, it is easy for engineers and other professionals to become frustrated with mobile apps. We’ll explain why, using AutoCAD 360 as an example.

If you’re a mechanical engineer, structural engineer, civil engineer, electrical engineer or any other professional that relies on CAD software, you might be frustrated with mobile versions of these apps for a few reasons.

It all stems from the fact that most mobile CAD apps have been developed as an extension of the full version of that CAD software.

When CAD companies develop mobile spin-offs of the full version of their software platforms, it is easy to encounter unexpected loss of basic functionality. For instance, if you download the AutoCAD 360 app on your iPad and begin to reach for certain essential features as you are used to on the full version, the app very well may come up short.

You might expect that a mobile app would be a lightweight version of the desktop software. After all, the full desktop version of AutoCAD has many bells and whistles, many of which go unused. However, it’s disappointing for one to find that necessary features such as a custom shape library don’t exist in the mobile app.

ArcSite enables you to easily create custom shapes, a feature not found in AutoCAD

To illustrate this, here is a snippet from an App Store review from a user of the latest AutoCAD 360 mobile app:

“Good but could be better
As a longtime AutoCAD user I find A360 useful, but falls short on some critical basic tools[…]”

What’s the alternative? A mobile-first solution.

You might wonder what we mean when we refer to a ‘mobile-first solution.’ A mobile-first solution, as it pertains to CAD software, is a CAD drawing mobile app that was developed to be as powerful as possible, instead of being an afterthought to a full version of the software.

Mobile-first CAD apps give you the most critical functionality you expect in a full version of CAD software—and all within a mobile app for your iPad.

ArcSite’s clean interface that takes no time to learn, with all the critical features you need

This saves you time and makes communication with clients and colleagues easier. This is essentially like bringing a lightweight version of CAD software into your iPad—without losing the features that are essential to functionality, such as a custom shape library. Not to mention other capabilities such as the ability to mark up and insert photos into plans exactly where they were taken.

ArcSite: mark up photos for your CAD drawing, and insert them in the corresponding site location

ArcSite provides you with ease-of-use unheard of in other CAD drawing apps and software. We removed all the clunkiness that you would normally encounter in other software and included all the necessary features that you have come to rely on using in CAD software.

What’s more, ArcSite addresses common issues that engineers lament about in traditional CAD software. ArcSite’s founders are former AutoCAD developers and have come to know CAD software inside and out. This includes the good, as well as the shortcomings.

With all of this in mind, they set out to develop ArcSite.

ArcSite addresses the issues found with loss of basic functionality in CAD mobile apps, and allows you to remain competitive in your field with a truly mobile experience. With ArcSite’s iPad CAD drawing app, you can easily create completely new CAD drawings, markup existing photos and blueprints, share and co-edit CAD drawings with colleagues and generate custom forms. This, plus many more powerful features that always should be included in a CAD app.

Need to continue to use AutoCAD? Integrate ArcSite with AutoCAD for a better CAD mobile experience. We pick up the slack where AutoCAD falls short.

AutoCAD desktop interface. How to upload AutoCAD drawing to the ArcSite app from AutoCAD.

Did we mention you can use a stylus pen to create CAD drawings in ArcSite?

Start Your FREE Trial or Request a Demo

Wondering how to create custom reusable shapes in a CAD drawing? We have developed a solution that allows you to

How All Gutter Systems makes more sales with ArcSite

“I can’t imagine working without ArcSite, now that we are using the program” – Bill, Project Manager, All Gutter System